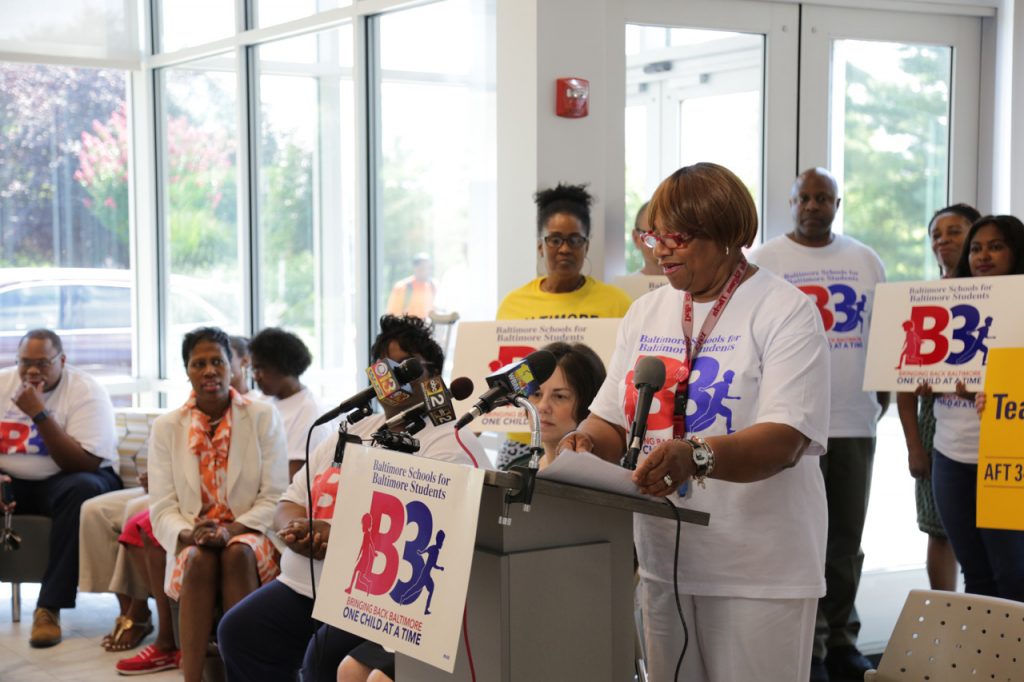 BTU and AFT teamed up with Baltimore City Public Schools, the Mayors Office, First Book and McDonalds to tackle enrollment challenges in city schools through a program called Baltimore Schools for Baltimore Students: Bringing Back Baltimore One Child At A Time, also known as B3. Since June 19th, a group of forty BTU teachers and paraprofessionals (B3 Advocates) have knocked on thousands of doors across the city, speaking directly to parents about enrolling and re-enrolling their children into Baltimore City Public Schools, in addition to the many educational opportunities available for Baltimores families.

The following results were announced at a press conference held at BTU Headquarters
(As of Friday, July 21st)

These results are a testament to the commitment of our 40 educators who served as B3 Advocates. They braved scorching heat, thunderstorms and some of our most challenging neighborhoods to speak with parents, guardians and youth about diverse programing and benefits of enrolling in Baltimore City Public Schools. Our advocates are truly the backbone of the B3 Program, said BTU President, Marietta English.

The results laid out above do not include transfers, new enrollments outside of Pre-K and the final three days of neighborhood canvassing. In the coming weeks, BTU and BCPS will update the results to include our final tally, along with releasing Phase II of the B3 Program.