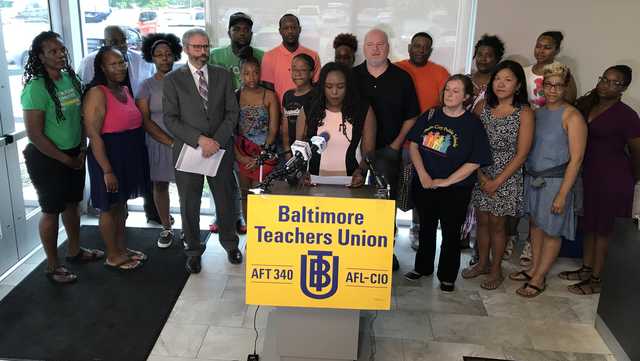 “After 25 negotiating sessions the Baltimore Teachers Union on Thursday announced an agreement with city schools that includes pay raises and protects employee healthcare plans and other benefits.

The two year agreement calls for a 2.25 percent salary increase over the next two school years, marking the union’s highest raise in over a decade and the highest increase for any education union in the state of Maryland in 2021.

Teachers Union members were actually allowed to take part in the negotiations, and were able to secure new benefits like intermittent leave for newborns, individualized lactation plans for new mothers, and more flexible bereavement time.

Computers will also be issued at a teacher’s request, along with more planning time for Athletic Directors, Home and Hospital Teachers, and Library Media Specialists.

“We didn’t win everything we came to the table to fight for, so we will continue fighting for what we deserve, because when we fight, we win,” said Union President Diamonté Brown Brown.

The school system plans to fully reopen August 30 for the academic year. Most students are expected to return in-person to classrooms, with exception to about 2000 who will remain virtual.

Face coverings will be required indoors for everyone.

Regular COVID testing will also continue throughout the fall to avoid transmission.”