Every 10 years, the Article I, Section 2 of the United States Constitution calls for a census to be conducted. Also known as the Population and Housing Census, the Decennial U.S. Census counts every resident in the United States. This information is used to determine the number of seats each state has in the House of Representatives and also determines how federal funds are distributed throughout the United States.

The American Federation of Teachers (AFT) has provided a clearinghouse of detailed lesson plans, blogs, webinars and more as a resource to help you teach more about the 2020 Census in your classrooms. The resources are FREE! All you have to do is click here to get started! 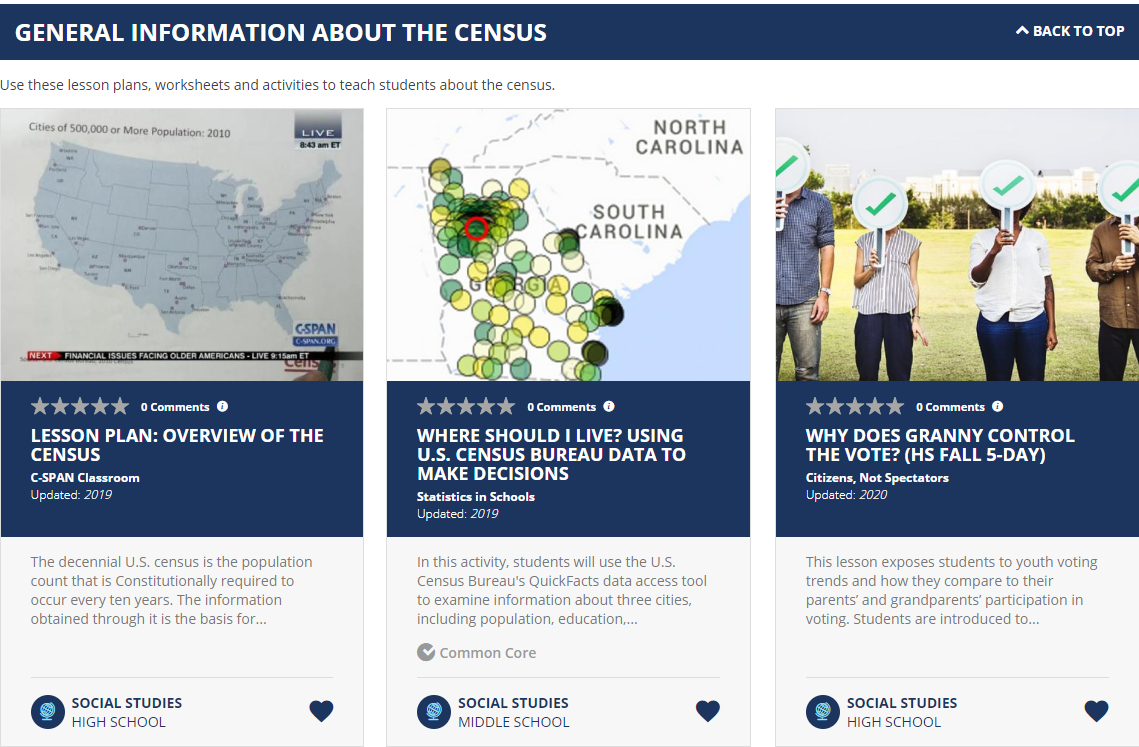 The census tells us who we are and where we are going as a nation, and helps our communities determine where to build everything from schools to supermarkets, and from homes to hospitals. It helps the government decide how to distribute funds and assistance to states and localities. It is also used to draw the lines of legislative districts and reapportion the seats each State holds in Congress.

The 2010 Census represented the most massive participation movement ever witnessed in our country. Approximately 74 percent of the households returned their census forms by mail; the remaining households were counted by census workers walking neighborhoods throughout the United States.

This year, the census is wrapped in controversy, as President Trump wished to ask questions about census participants’ citizenship. The Supreme Court determined that this question could not be asked, however, and a federal judge issued an order to definitively stop the question from being asked on the 2020 Census.