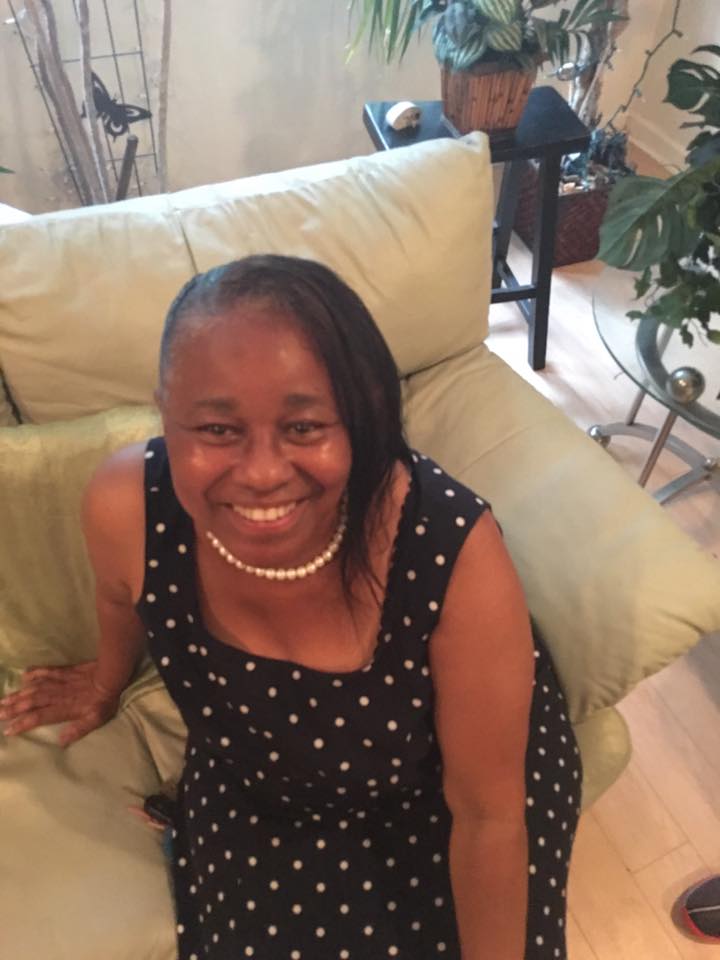 How did you wind up working for the school district?

[My husband] had been working for Baltimore City for around 20 years. He told me shortly after we met. I put in an application and was hired on October 16, 2001.

How was it working within the “post- September 11th” atmosphere?

Amazingly, I worked for an engineering company. I tried to be a very honest person. I’m not saying I was perfect. There were some things that I was asked to do that were against my character. For that reason I was let go. I was the only one that was let go. The guys said we are all going to take a pay cut so Joyce can stay on. I was fired because I called my manager to the rug about being dishonest about things.

Basically [here is] what happened before 9/11- a friend, who was one of my coworkers at that time, (before I got laid off) invited me to go to the Library of Congress because I wrote songs and I write poetry. I wanted to take it down there and get it copyrighted and licensed. That morning, I was sitting and waiting for him to call me. He said, “Joyce turn on the TV.” I said, “What’s wrong?” He said, “Turn it on.”

We watched as the second plane hit the Twin Towers. Then we watched when the Pentagon was hit. He said, “You know we can’t go now.” So, after that my husband said, “Hey Baltimore City is hiring.”

So it was a shock of the nation but I needed another job. I took a $20,000 dollar cut to come to Baltimore City. Having the smaller salary was better than having nothing at all. I did understand that the benefits were good. I had prior health issues that prevented me from working so that was good. The atmosphere was good and the person who hired me was good. I still have a relationship with her.

What is the hardest part of your job

Well, actually I don’t think my job is hard. It is not hard. If we use a house, we look at windows. We look at different windows. There is one for coming in one for going out.

There are issues with a person not paying attention. There are issues with  “powers that be” not understanding how all those issues affect the performance of the person. The difficulty is not the problem itself. Everything is time sensitive so it is impossible for one person to glide through. It’s like in a plane, when you hit those air pockets people are going to automatically say, “Hey we are ready to crash.” The pilots know because that is the pilot’s job. But the people don’t know. Even if you are an experienced plane rider you always have that fear. Even the pilot says  “Hey today might be the day but I’m hoping.”

Sometimes people feel that because you are strong and because you are knowledgeable that everything is a breeze. It isn’t, because not only are you dealing with a system’s problem you’re dealing with the person’s problem. The person that you are serving doesn’t understand and sometimes they may get really upset. They didn’t mean to, because nothing was explained to them before. A lot of times that is what I face. People say, “Well I didn’t know.” My question to them is, “This is your record. Why would you make sure that you look and see what’s going on. Why would you wait 20- 30 years to get something corrected?”

Then on the administrative side, I hear,  “Okay just get it done.” But there is an invisible black hole where everything seems to fall in. They call it the Bermuda Triangle. I am telling you there are a lot of records in the Bermuda Triangle. You have to risk your mental health, your physical health, and your emotional health, to dive in and hope that you don’t get swept up in in the meanwhile or lost yourself.

So there are many emotional, physical, psychological thing that a person may encounter. I am not saying I’m the best, I am not saying I am all that and a bag of chips. I am just saying that I know my caliber and I know I care.  When you care you go beyond the call of duty even though you’re supposed to stay in this tiny perimeter. That is hard. You are dealing with people who have faith in you because you represent the district.

I do know that when some people don’t get satisfaction, they will take your name and drag you like you are tied to the back of a bus. Ignorance is not bliss. It is all uncalled for.  All we have to do is to find out the nature of the beast.

I told somebody I would rather have a favor from God than a raise. Because when you have favor with Him who created us, no matter what people do or don’t do, people will commend you.

It has been a learning experience working for Baltimore City Schools. It hasn’t all been bad, I have had more good days than I do bad. I think the structure of your thought matters.  If you dwell on that what is bad, and think of negativity, then it does something to your character and I refuse to go there.

That’s a word for me. Thank you. That resonates with me.

The guys who wanted to take the pay cut to keep me on board [at my previous job] knew that I know my place. I know how to resolve issues without getting my personal feelings involved. They know that I care about integrity and honesty. I studied CAD 10, Cad 11 and Cad 12. The gentlemen who I worked for said that those topics were impossible for me to learn, but like challenges.

I went to school for IT but I wound up back in administration. The boss said, I hired you to be my pretty little secretary and now you are going in a different direction.  It’s how you look at it. The glass is half full or it is half empty. They said it was impossible. He said it was impossible. I learned because I wanted to know. I caught so many mistakes for this engineering company. A coworker taught me to go into the brains of the computer, and one day the whole system shut down. They were experiencing a time constraint to get the client their work.

The computer system went down. I asked, “What happened?”

My coworker said, “ Joyce we are not going to make the deadline.”

I said, “ Yes we are going to make it. Move aside, sunny boy! Move aside!

And he said, “What are you doing? You don’t know what you are doing.”

I said, “Watch, observe and learn.” I went in there with everything Preston taught me.

He said, “What are you doing?”

Boom! I fixed everything.

I said, “Go back and tell the boss that this secretary was able to save this company.”

And he never forgot that.

I don’t like favoritism. I respect the ones who sweep the floor and wipe out the dirty toilets  just as much as someone who has their doctorate. Everybody can’t be educators but there is a gem in every last one of us we just have to bring it forward.

We are all oysters!

That is life. I don’t want to die at Baltimore City Schools. Pressure can do that. I have inadvertently said goodbye to a whole lot of people that I found out later died. They talked about retiring and two months or a week later they’re gone.

There was one woman who came to me and she was about to commit suicide.

She said, “I came to you because I was going through the retirement process but you took the time to tell me that my life was important.”

When she came back the next day, I said, “Did I do something wrong?” She said, “No. I just want to tell you thank you.”

“Thank you for what, I’m just doing my job.”

She said, ” No. Let me tell you the real reason I came back. I already wrote a letter to my family saying that I was going to commit suicide. But, because you cared enough to talk to me…” One person just cared and that’s all people are looking for – someone to care. They just need that arm. They need that vote of confidence that you can do it in spite of the pressure from the internet and from your peers, and just from life in general, so when we have these QuEST Conferences and PSRP Conferences, I commend the folk that come. I am not in the classroom. But each of us have our own challenges.

What is the less of the two evils? Take that route because that is what is going to keep you sane. I am telling you because that’s how I have made it through challenges regardless of who has been my supervisor or manager- I keep it real with me.

Learn not to charge the other person who may not understand who you are. I can’t look at you and size you up. That happens too often in life. People stereotype.

I had a granddaughter that dropped out of school because her teacher said, “I already know you are going to fail. So I am going to fail you right now. She planted that in that child’s head. I plant holistic seeds, like, “You are a leader. You are courageous. You are strong! Get all that you can get! And whatever capacity God gave you don’t stop at zero because you may be the next one with a cure! You may be the next one who stands at the podium on January 15th and you don’t even know!”

I tell them you may be the one that separates the brain. You will be the one who will write something in legislation that will be the source for all human beings to survive.

You aren’t God but he can use you. He gave us a will and intellect, emotion, intellect and will. I preach it to myself.

When I get stressed out, I get up, take a walk and have a talk with myself. I get my head together. I come back. I cannot fight City Hall but I can push every stone I can to build some type of fortress.

Everyone can’t be in your circle. Whoever you have, you have to pray them through, because these are the times that try men’s souls, like they said in that old song. I will not compromise. If I have to compromise I don’t want to be there.

This day is not done overnight. Character is something that is structured and built by the fires of life and by the ritual learnings of life. Life isn’t lived in the sunny meadows and it’s not sipping lemonade while sitting on a beach. You have to get down there and push. Greatness is in everyone’s womb. You have to push it. It’s got to be developed, and then you birth it.